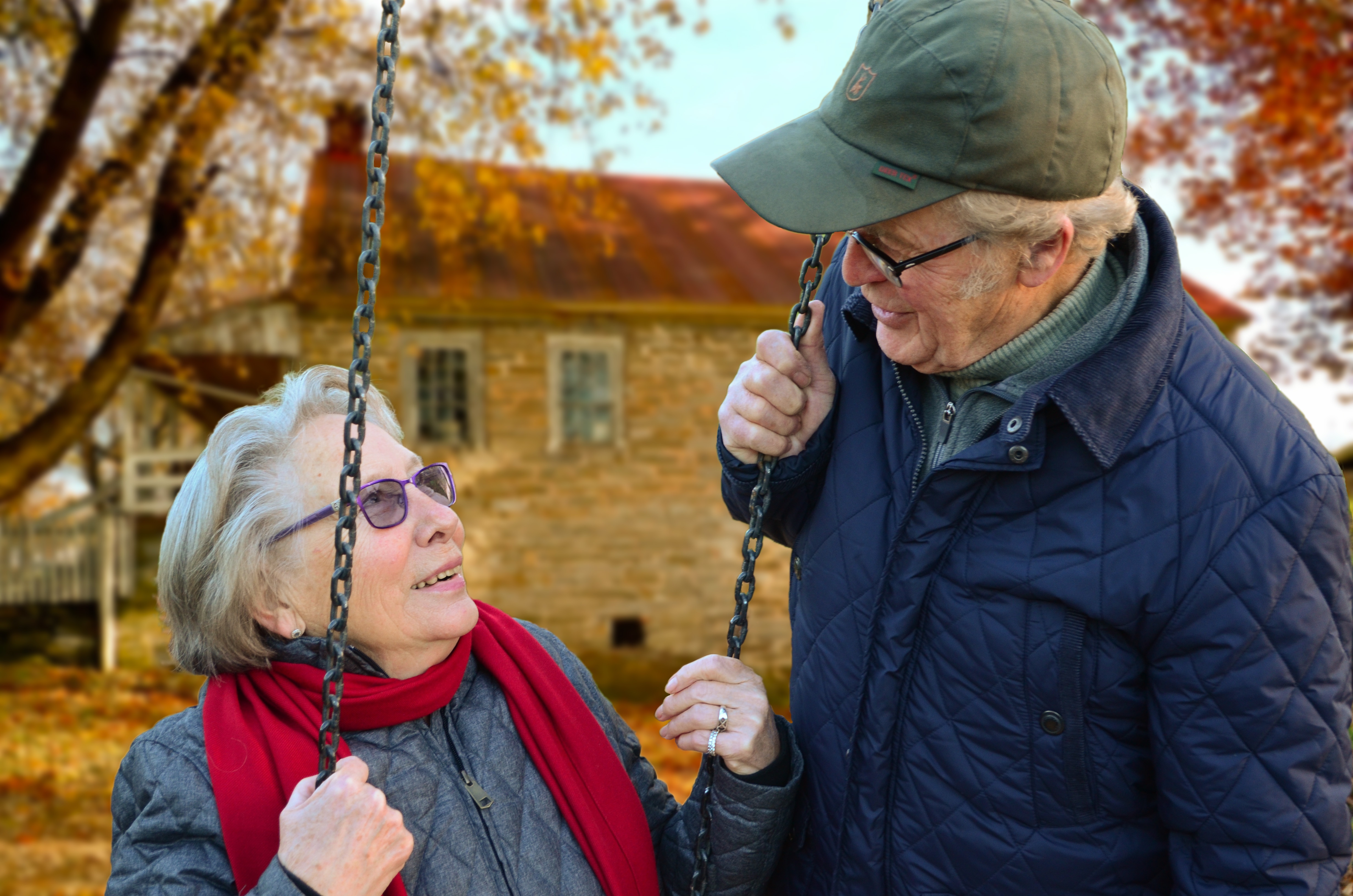 This “Totalization Agreement” with Mexico was signed at Guadalajara, Mexico on June 29, 2004 in Spanish and in English by representatives of the United States and Mexico.

It might as well have been written in Spanish only, for the lack of attention this one-sided treaty has ever received in the U.S. news media.  And no wonder the fake media has covered up this story:

This agreement gives illegal Mexican workers in the USA the same social security benefits as Americans.  Even when they move back to Mexico.

It gets worse.  The “Totalization” agreement with Mexico gives illegals in the U.S. the full social security benefits after only 6 quarters – 18 months – of work in the United States.

While American workers have to be on the job for 40 quarters or 10 years to be fully vested in the U.S. Social Security system. 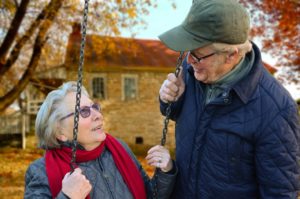 So please sign the Termination Notice Petition (link at bottom) to President Donald Trump to end this “Totalization” Agreement with Mexico and return it to me in the enclosed reply envelope immediately.

This secretive “Totalization Agreement” is the same thing as “Amnesty with Cash” to not only legalize illegals but to pay them millions and millions of dollars out of our Social Security Fund.

Yes, the Guadalajara Totalization Agreement with Mexico allocates U.S. Social Security payments to Mexicans who are working in the United States illegally and even to illegals who used fraud to get their jobs – such as the massive and growing problem of identity theft.

Within the first 5 years of this treaty taking effect, an estimated $525 million of our Social Security savings will be diverted from American senior citizens who earned it to illegal Mexicans who can then return to Mexico with their ill-gotten gains being sent to them month after month.

Who says “crime doesn’t pay”?  This Totalization agreement already signed by the United States and Mexico, rewards those who came here illegally and then committed identity fraud to illegally get work.

This “Totalization” agreement would mean the bankruptcy of our Social Security system and either the end or the drastic reduction of benefits to those who spent a lifetime making payments into the Social Security System.

But with your support President Trump can end this threat at once.

It would take just a stroke of the pen for President Trump to serve notice of Termination of the Guadalajara Totalization Agreement.

Under Article 20 “either Party may terminate this Agreement by giving written notice of its intent to do so to the other… at any time.”

That means President Trump can terminate this unfair Totalization agreement and serve notice that he is willing to negotiate a new agreement which is fair to both parties and which makes provides for Social Security benefits for legal workers in the United States only.

But if President Trump were to take this action he would face the biggest and potentially most crippling challenge yet to his Presidency.

You can count on massive street demonstrations, a new round of violence, hysterical condemnations by politicians, leftwing interest groups, the Hollywood elite, TV, radio and newspapers and of course, the world leaders who will be calling President Trump every name in the book if he stands up once again for American workers.

There are even some Republican leaders who will exert powerful influence on President Trump to either hold up on taking this action and put it on the back burner, or to simply reject the common sense idea to TERMINATE Totalization right now.

The good news is that the “Totalization” agreement signed in Guadalajara on 2004 has not yet gone into effect.  Under the terms of the agreement it can only take effect when the U.S. President officially sends it for review to the U.S. Senate and House.

Under President Barack Obama, Secure America Alliance fought for all eight years of his Presidency to make sure that there was no chance that the “Totalization” agreement with Mexico would ever survive such a “review.”

The normal way treaties are approved is with a “super-majority” of two-thirds of the United States Senate being required for passage.

But under the terms of this unfair and unconstitutional treaty, a majority of either chamber of Congress must disapprove the treaty.

So instead of a 2/3 vote of the Senate the friends of Mexican illegals only need to stall us and NOT have a vote to allow their treaty to pass muster with the Congress.

In 200 years the U.S. Senate has approved 1,500 treaties by a 2/3 vote.  There has never been a treaty “passed” by simply having NO vote of the House and the Senate.

This Totalization Agreement signed in 2004 is a danger constantly hanging over the heads of senior citizens.

For eight years of Barack Obama seniors have seen one assault after another on their earnings, benefits, insurance and health care.

And the entire time this “Totalization” agreement has been hanging over their heads, ready to be “passed” by simply having a President send it to Congress for review, and then have the vote delayed until it becomes law by the failure of Congress to disapprove it.

President Donald Trump with his signature on a “Notice of Termination” can end this once and for all and strike a blow for solvency for the U.S. Social Security system and for senior citizens.

The details of this secretive deal with Mexico only came to light because of Freedom of Information Act requests and lawsuits.  It has been blocked because Secure America Alliance has kept up the public pressure.

If President Obama thought he could have gotten away with it this Totalization Agreement with Mexico would have become law, long ago.

I have no problem with legal Mexican workers putting in several years of work here and then having some U.S. social security payments combined with their earnings in Mexico to give them retirement in Mexico.

But having MILLIONS of illegal workers who used fraud to get jobs taking millions of dollars out of the Social Security System will bankrupt our system and reduce or end payments to our senior citizens.

There have been estimates from 12 million to nearly 30 million illegals from Mexico according to best-selling author Ann Coulter.

This Totalization Agreement with Mexico is the biggest threat to the retirement benefits that millions of Americans spent a lifetime earning.

And all it would take for this threat to become a reality is for one U.S. President to order the treaty to be sent to the U.S. Congress for “review” and then watch the stalling and delaying that Senator Chuck Schumer and Congresswomen Nancy Pelosi are now so famous for.

That’s all it would take for the Totalization Agreement already negotiated and signed to take effect.

In fact, the agreement already signed states in Article 18, “This Agreement shall enter into force on October 1, 2005, provided that each Party has previously communicated to the other Party that it has met all applicable constitutional or legal requirements for that purpose.”

Notice the phrase “or legal requirements” which enables our politicians to simply skip the Constitutional requirement of a two-thirds affirmative vote in the U.S. Senate to pass any Treaty.

The Guadalajara “Totalization Agreement” with Mexico allows passage of this “Amnesty with Cash” Treaty if one U.S. President sends it to Congress for review, and if a vote is simply stalled for 60 days.

I don’t think liberals will be able to bully President Trump into sending this treaty to Congress for such a “review” but consider this:

Please sign the Termination Notice Petition below to President Donald Trump to end the unfair and one-sided “Totalization” Agreement with Mexico and return it to me in the enclosed reply envelope.  Click the link and print it out.

I urgently need to hear back from you so we can terminate this terrible Guadalajara Totalization Agreement with Mexico.

President Trump will act with our help and support.  Please sign the enclosed Termination Notice Petition.  Thank you and God bless you.